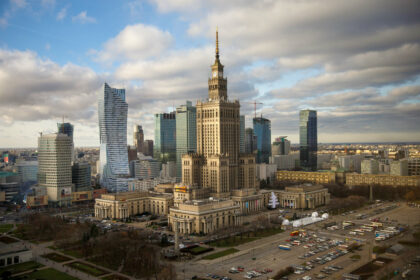 A large number of foreign researchers work in Polish institutions of higher education whereas their Polish counterparts lecture abroad. The success of Polish academics today has its roots in the past. The library catalogue of the Cathedral Chapter of Cracow dating back to 1110 shows that, as early as the early twelfth century, Polish intellectuals had access to the European literature of the period – including classics such as Ovid, Terence, Statius and Sallust. Polish scholarship has brought forth many academic achievements and discoveries of global importance.

The Polish system of education trains specialists in many fields. Almost two million people study in Poland – this is almost half of the population of student age (19 to 24). Each year, 400,000 graduates leave 500 institutions of higher education and universities.

Great choice
Students can choose from a multitude of studies. There are almost 500 universities and higher education institutions in Poland . Studies may be conducted at public universities and state higher vocational schools as well as private or church-owned ones. Studies may be full-time (daytime) and part-time (evenings and extramural). There is a total of almost 120 different fields of study, from Administration to Zootechnics.
System of studies
In accordance with the assumptions of the Bologna Process, a three-level study system has been introduced at Polish universities:

First degree studies – bachelor’s degree or engineering studies, allowing the acquisition of knowledge and skills within the specific scope of education, preparing for work in the given profession and ending with obtaining the bachelor’s or engineer’s degree.

Third degree studies – doctoral studies, for candidates with a master’s degree or an equivalent title, allowing the acquisition of advanced knowledge in the specific field or science discipline, preparing for independent research and creative activity and obtaining the doctoral degree.

Please fill in the following form and we will get back to you as soon as possible.